But this: I ordered a book from Amazon recently - a book of poems by an author I came across years ago in the first of Neil Astley's marvellous anthologies, Staying Alive.  I kept going back to the poem, really a whole sequence, and promising myself that I would get something of hers.  So finally I did, even though her collection is no longer in print.  But on Amazon everything is possible, especially if you are prepared to fork out £17.99 for a battered ex-libris copy.  It was spoiled with unsightly stickers, one revealing that it had been bought in one of those sales that libraries sometimes have when they want to sell off old stock, and the spine was all stiff with sticky tape.  The Amazon dealer kept asking me for feedback so finally I emailed expressing my disappointment in its condition.  Didn't expect much of a response, but they have given me a bit of a refund.  And I have scraped away and got all the crap off the book and am still pleased to have it.  The book is Lost August by Esta Spalding, and the sequence is there and is, I think, the best thing in it - though I perhaps need to spend more time with the rest.

Skin-tight with longing, like dangerous girls,the tomatoes reel, drunkfrom the vine.
The corn, its secret earsstudded like microphones, transmit Augustacross the field: paranoid crickets, the noise of snakesbetween stalks, peeling themselves fromthemselves.
I am burdened as the sky,clouds, upset buckets pourtheir varnish onto earth.
Last year you asked if I wasfaint because of the blood. The tomatoesbristled in their improbable skins,eavesdropping.
·
This is one way to say it.The girl gone, you left.
& this another.Last year in August I hungmy head between my knees, looked upflirting with atmospherebut you were here& the sky had no gravity.
Now love falls from me,walls from a besieged city.When I move the mountains shrug offskin, horizon shudders, I wear the moona cowbell.
My symptom:the earth’sconstant rotation.
·
On the surface the sea argues.The tide pulls water like a clothfrom the table, beached boats, dishesleft standing. Without apologynature abandons us.Returns, promiscuous, & slides betweensheets, unspooling the lengthof our bodies.
Black wild rabbits beside the lighthouseat Letite. They disappear beforeI am certain I’ve seen them.Have they learned this from you?
·
I read the journal of the boy who starvedto death on the other side of a riverunder trees grown so old he would not feed themto a signal fire. His last entry:August 12 Beautiful Blueberries!
Everything I say about desire orhunger is only lip servicein the face of it.
Still there are days I knowyour mouth gave that last taste of blue.
·
When you said you wereleavingI pictured a tree;spring, the green nippled buds
not the fallwhen we are banishedfrom the garden.
·
Another woman fellin love with the sea,land kissed by salt, the skinat the neck a tidal zone, she rowedagainst the escaping tidefighting to stay afloat.
To find the sea she had to turn her back to it,stroke.
The sea is a wound& in loving itshe learned to love what goes missing.
·
Once the raspberries grewinto our room, swollen as thebrains of insects, I dreamt awedding. We could not find ourway up the twisted ramp, out from underground, my hair earth-damp.
I woke. A raspberry bush clung to ussticky as the toes of frogs.A warning: you carried betrayallike a mantisfolded to your chest - legs, wings, tonguewould open, knifethe leaves above us.
·
If I could step intoyour skin, my fingersinto your fingers putting ongloves, my legs, your legs,a snake zippingup. If I could lookout of your tired eyeholesbrain of my brain,I might knowwhy we failed.(Once we thought the samethoughts, felt the same things.)
A heavy cloak, I wearyou, an old black wingI can’t shrug off.
O heart of my heart,come home. O flesh,come to me beforethe worm, before earthate the girl,before you left withoutbelongings.
·
You said, there are womenI know whose presencechanges the quality of air.
I am not one of those. The leaveslift & sigh, the riverkeeps saying the unsayable things.I hesitate to prod the corn from the coalsthough I have soaked it in Arctic water.I stop the knife near the tomatoskin, all summer coiled there.You are not coming back.
One step closerto the fire.
September will fallwith twilight’s metal,loose changefrom a pocket. Quicker thanan oar can fight water,I will look up from my feetcatch the leaves red-handedembracing smoke.
Around me, lost things gatherfrom an instantin earth-dark air.Esta Spalding

* if not, winter - one of Sappho's fragments and the title of Anne Carson's translation.
Posted by Reading the Signs at 9:07 PM 7 comments:

This morning being fine and full of birdsong, I stumbled out into the forest (because I can, being on the edge of it). I didn't get lost, but I did stray from the path, and I did wander further than I meant to. I always do this - go on until I suddenly know that I have gone too far, walking back will be difficult, the days that follow also. But the birds did lead me on, so many of them in full voice, particularly the small ones, those you don't often see nowadays, unless you live near a forest or a protected place. My neighbour has made a study of bird language. There are many, as you might imagine. The song of a linnet is nothing like the low, persistent call of a dove. Chaffinch tweets melodiously and the Blue Tit is more conversational. Each year they come and nest in the bird box that Son made when he was at school. One feels privileged.

I think this may be all I can say for now. More of a tweet than a post :)
Posted by Reading the Signs at 2:32 PM 5 comments: 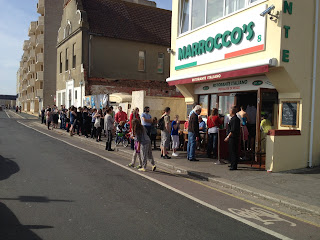 Oh for goodness sake, where have I been! Drawing out Lent, I should think not, as though privation were good for the soul, for this soul I mean (because no it isn't) or as though I am Greta Garbo, gawdssake, with a big loud megaphone blaring that I Vant To Be Alooooone! When actually, I don't, not really. I like the community of disparate souls that gather around the flames of blogfire and it wasn't my intention to banish myself forever to wander in the dark forest toute seule. At least not yet. At least I don't think so. And I say this with whatever shreds of strength are left to me by this wretched chronic Condition of mine, which I will neither go on about at great length nor seek in any way to deny, and this is quite a trick to pull off, so give me a few gold stars for this. I am not sure that I have been earning gold stars for much else. I have written some poems and taken them to workshops, I have given attention to workshopping other people's poems also and this continues to feel meaningful to me - in other words, like real work. And I am honing a skill that I have yet to find a title for, but let us call it Giving Myself License - GML for short. As things stand, this basically means that I park in places that strictly speaking I shouldn't, but I hope to find creative ways of extending this and will welcome all suggestions.

Went to see my GP the other day. Come back - what do expect me to blog about on my first post, post-Lent, and I can file it quite reasonably under the label Life and Stuff. Ahem. GP has been away from the practice for a while as he became the father of twins. A photograph showed from behind a box of index cards and I saw the crowns of two smooth baby heads. He looked tired but did not mind that I had come with a list of ten or so things. He is by no means the brightest button in the box but he is unfailingly courteous and does what he can with the limited resources allowed by the NHS. There needs to be dialogue between him and the specialist I see from time to time, and in order for this to happen I have to be on the case or things get stuck. So yes, much time is given over to health matters. I don't mind. I am still hopeful that if some of the issues underlying my symptoms can be addressed then a measure of wellness may be given back to me and will never believe that it was part of Anyone's masterplan that I should come into the world and be so ill for so long. When things go wrong, when something vital is lacking or malfunctioning you try and put it right and you go on trying while there is hope and while you can. That is all.

Meanwhile, you carry on and develop strategies. One of mine is to give myself license to break minor rules. Call it covert bad behaviour of the mostly uncriminal kind. If there is a queue anywhere I will, if possible, try to jump it. I park my car beside petrol pumps at Tesco Express when I just need some shopping but no petrol. I park in the bays at the back of the doctor's surgery, which are only supposed to be used by staff, when there are no spaces at the front. I do these things to save my strength and because there are times when walking up an incline can make me much worse, and standing in queues will always do that (if interested, see Orthostatic Intolerance). So yes, the other day I parked at the back of the surgery. Plenty of space there, no-one spotted me, no harm done. And you see that photograph at the top? That was taken by Mr. Signs on a lovely day in Brighton when we were having a walk and fancied a cone of Mr. Marrocco's ice cream (length of queue is testimony to how good it is). We went to the back of the queue, as one does. Then I asked Mr. S to wait while I went to investigate. Are you going to try and jump the queue? he asked. He knows me, doesn't really approve but is also realistic. Make mine a raspberry sorbet, he said. I hovered around the glass counter looking as though I was studying the various different flavours on offer. There was a kerfuffle of people choosing things and a bevy of scoop-wielding shop assistants. One of them spotted me and asked what I wanted. I walked out with two cones - simples. On our walk back we spotted the same person that had stood in front, still waiting and reckoned I must have saved us about half an hour.

Am I a bad person? This is rhetorical and not really up for discussion, at least not in my hearing. And, like I said, suggestions welcome.

Labels: how to live, life and stuff, reasons to be cheerful
Newer Posts Older Posts Home
Subscribe to: Posts (Atom)