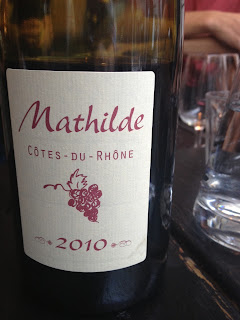 In Brighton, where I have been intensely occupied listening to seagulls.  They have been in full voice here, even at midnight, when the ululation bears no resemblance to the cat's mew or querulous chatter one sometimes hears in the day.

Attending to these has not really left room for much else, but yesterday I found myself (don't ask) sitting in a white room with a psychic medium who claimed to have a message for me from a dead relative whose name began with B.  If there were any possibility of finding a connection I would have done so, even with going into second and last names, but of B there was no-one I could bring to mind, nor of the colour orange and pots of marmalade which were manifesting somewhere in the astrality.  I would very much like to have heard from my communist/atheist father-in-law who made a promise that when he passed over and if the possibility ever presented itself then he would communicate, with a very particular message that we agreed on.  But his name began with O and we never touched on the subject of marmalade, though he did eat it on toast every morning for breakfast.  There was another message for me - not from B but a different entity - which was a suggestion that I take my aged mater to tea.  Joke?  Mater did actually ring me a couple of days ago to say that her deranged spouse ("he's nuts") had gone out and so the coast was clear for a visit - but there wouldn't have been time for me to get there before his return.  The seagulls have been talking endlessly about all this, debating between themselves about the best way to proceed, but so far there has been no consensus.

Went to my first ever proper wine-tasting last week - arranged by the Signs children as a post-birthday treat for their dad.  I am not a wine sophisticate.  All I ask is that my whites are crisp and clean and my reds are smooth and mellow, and I seem to miss the subtler 'notes'.  Perhaps it is something like being colour-blind or tone-deaf, I just don't get the essence of berry, leather or earth that the others picked up. The exception is perhaps Rioja, which to my mind tastes of my dad because it was his favourite wine.  I couldn't drink much and didn't feel like availing myself of the spittoon, so took a couple of sips and shared the rest out - apart from the dessert wine, which I loved because it tasted of honey.  Even so it was enjoyable hearing our Guide talk us through the various wines.  I love an Enthusiast and it almost doesn't matter what the subject is, though tasting as one goes along does give substance to it.

The real question, when all is said and done, he said as we neared the end of our session, is: does this wine make my life better?

A first response might be that this is a big ask of a bottle of wine.  But what a fabulous question.  And how might it be if one applied this to almost everything?  Obviously the morning cup of coffee would get an unequivocal thumbs up, but the cigarette begins to get complicated.  Yes - but then again possibly no.  And when applied to human relationships - where to begin?  There are, as I am sure the psychic medium would agree, a whole tangle of karmic as well as emotional cords that bind us to each other and every grown-up fule kno that "life isn't all ha ha hee hee".

I am prepared to compromise.  If not actually life-enhancing, then at least it has to be quaffable or at any rate not downright unpleasant.  Anything sour and toxic?  Spit it out and don't have any more of it.  And finish up with something that brings a taste of honey. 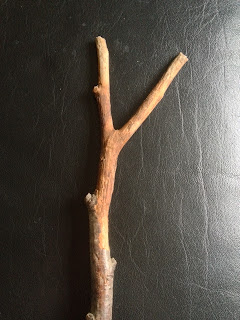 Good news.  My doctor has given the thumbs up to coffee, chocolate and smoking.  Ok she is not a GP, she is the alternative kind who dispenses small sugar pills with exotic-sounding names and occasionally some lines of verse by Rudolf Steiner – but she is also a proper, medically-trained doctor.  Just in case you want to argue.  But why would you?  Here is the low-down: if you have low blood pressure, coffee first thing is brilliant and much healthier than any medicine that might be prescribed; stress is much worse for you than cigarettes and if the latter helps with the former then smoking can be seen as a health measure; chocolate, and sweet things in general, can help to bring “organisation” into the body.  Obviously one does not want to bring any of this under the harsh light of sensible scrutiny.  She would probably throw wine into the mix but the sad fact is that I can’t tolerate more than a little of this.  If it were otherwise I might, like the mater’s husband, begin drinking before breakfast and carry on till bedtime.  He is nearly ninety, so clearly it hasn’t done him any harm, unless one factors in what feels suspiciously like paranoid personality disorder, but that may have nothing to do with wine.  At time of writing he is not allowing the mater (who has Alzheimers) to have contact with me – hence my smoking as health measure.  It has been a time of stress and upset.  One has weathered this before, but this time it feels more entrenched and there is no telling how the situation will resolve.


Last night I felt too sad to eat.  This morning I breakfasted on kiwi fruit, fried fish and latte, made with my lovely Bialetti espresso-maker.  I breathed in the scent of mint and roses, given from my friend’s garden, now in a jug on the kitchen table. I am thinking about how the exhortation (in school hymns, in Bach’s Christmas Oratorio) to Be Joyful sometimes struck me as peremptory but actually makes a lot of sense.  Joy may sometimes come as a kind of grace, but mostly we have to do it for ourselves.  For some this is an extraordinary achievement in the face of overwhelming dreadfulness.  For me there is enough else to be joyful about to make it a properly sustainable activity.  I spent a couple of nights with daughter in Hackney last week and met with son for lunch.  My children are loving and beautiful = Joy.  I left my phone charger at daughter’s flat but neighbour had a spare one so she didn’t have to send it in the post.  The washing machine broke down and we thought we would have to replace it but then Mr. Signs (though he didn’t know how) fixed it.  While these might not come under the heading of Joy, it is still worth celebrating small wins of the more mundane kind.  As Tesco so eloquently puts it: every little helps.

I got drunk in the middle of the day on Saturday.  I can’t remember when that last happened, and when it did it was probably for a more cheerful reason than wanting an anaesthetic for the emotions.  The after-effects (discounting the physical) were such that on Sunday I felt moved to attempt a visit to the mater’s house, making myself believe that the substance of good will and sanity would triumph over the forces of darkness, and that all manner of things would be well.  It was not a success.  Perhaps insanity is contagious, or the after-effects of drunkenness more interesting than we know, but I climbed out of the car outside Signs Cottage and announced that I was Jesus Christ.  My neighbour (the one with the roses) exploded with laughter = Joy.  The next day we went for a walk and I found a piece of twig with a catapult-like fork at the end of it.  It either represents a sling of the kind that David used against Goliath or a two-fingered salute. Whichever, it seemed to be an auspicious Sign.  Back outside my neighbour’s house, a young sparrow in mid-flight hurled itself against her kitchen window and fell dead at our feet.  The milky-white film was over its eye and there was no reviving it.


Are not two sparrows sold for a farthing?  And not one of them falls to the ground apart from your Father’s will (Matthew 10.29)

We wrapped the lovely creature in kitchen roll and binned it.


The sparrow was not sent as an omen to forewarn me.  And I am not Jesus Christ.
Posted by Reading the Signs at 6:05 PM 10 comments:

Labels: reasons to be cheerful, reasons to be fearful, the jeopardy, the signs
Newer Posts Older Posts Home
Subscribe to: Posts (Atom)